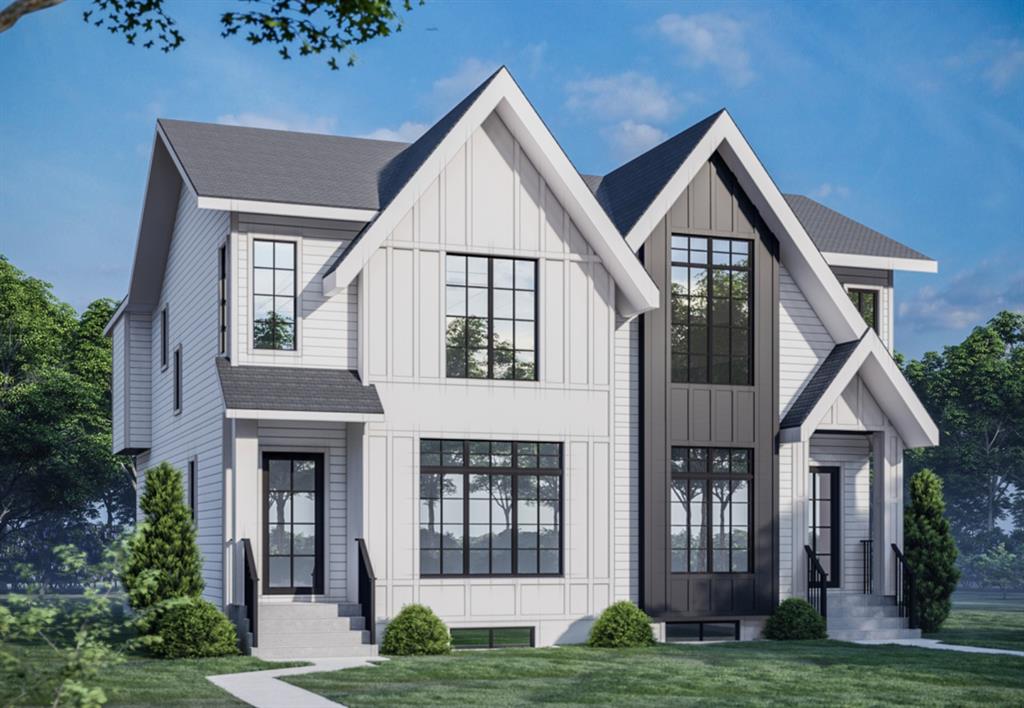 MOVE IN SPRING 2021! COMING SOON TO PARKDALE, this incredible new semi-detached infill is poised in a choice location, with easy access to an abundance of amenities. Currently under construction, there is still time to CUSTOMIZE FINISHES to suit your personal style. Currently at the drywall stage, plans call for a stunning home with over 2,500 sq ft of total living space over three finished levels and a sought-after modern-farmhouse exterior. The functional, open-concept floorplan features large primary living spaces, 4-BEDS, 3.5-BATHS, and a fully developed basement with a wet bar and a large rec room. Designed with style in mind, this home boasts a number of upgrades including wide plank engineered hardwood flooring, built-in ceiling speakers throughout, and designer light fixtures. Parkdale is a popular inner-city community, home to a number of luxury estate homes and infills. Consistently ranking among Calgary’s most desirable inner-city family neighbourhoods, Parkdale is a favourite among urban buyers for its upscale curb appeal, professional demographic and family-friendly amenities including close proximity to a number of public and private schools, parks and playgrounds. Adding to the list of perks, this choice location is just a short bike ride away from all that Kensington has to offer, steps to the Bow River pathways, and has quick access to Foothills Hospital, U of C, LRT, transit and so much more. Easy access to Crowchild Trail, Memorial Drive and 16th Avenue, allows for an easy commute to Downtown and around the city.